Kangana Ranaut welcomed Nawazuddin Siddiqui aboard Tiku weds Sheru, which will be produced by her under Manikarnika Films.

Kangana Ranaut on Tuesday announced that Bollywood actor Nawazuddin Siddiqui has joined her upcoming production Tiku weds Sheru. The shoot of the film will begin shortly.

The official Instagram handle of Kangana’s production house Manikarnika Films shared the announcement. “The best actor of our generation joins team Tiku weds Sheru…. We are privileged to have found our Lion #TikuwedsSheru Filming begins soon,” read the post that accompanied Nawazuddin’s picture.

Previously, late actor Irrfan Khan was supposed to feature in Tiku weds Sheru. This is the first time Nawazuddin and Kangana will be collaborating on a project. It’s not certain yet if Kangana will also star in the film.

Tiku weds Sheru marks Kangana Ranaut’s maiden production. Her production house Manikarnika Films was launched in 2020. After the launch of Manikarnika Films, Kangana’s sister Rangoli had shared on Twitter that while Kangana will work as a director and a producer, their brother Akshit will look after legal and finance departments.

On the acting front, Kangana Ranaut is currently filming for Dhaakad alongside Arjun Rampal. Besides this, she will be seen in Ronnie Screwvala’s Tejas and Emergency. The latter will have Ranaut playing the role of Indira Gandhi. Kangana is also awaiting the release of the Jayalalithaa biopic Thalaivi, which was pushed due to the coronavirus pandemic.

As for Nawazuddin Siddiqui, the actor will be next seen in Sangeen, Heropanti 2 and Jogira Sara Ra Ra.

Mumbai, May 13 : Former Indian cricketer Irfan Pathan on Thursday replied to an earlier jibe at him by Kangana Ranaut, saying his tweets are either for humanity or for his countrymen while the Bollywood actress' Twitter account has been dismissed for spreading hate.

It all began after Kangana, who has been posting stories on Instagram in support of Israel after getting suspended from Twitter, took a jibe at Irfan, who has been tweeting sympathy towards Palestine.

"All My tweets are either 4 humanity or countrymen, from a point of view of a guy who has represented India at d highest level. On d contrary counters I get from ppl like Kangna who's account get dismissed by spreading hate n some other paid accounts are only about hate. #planned," Pathan tweeted.

Taking to her Instagram Story recently, Kangana had posted the screenshot of a politician's tweet in Hindi who wrote if Irfan Pathan has so much sympathy for other countries then why is he not bothered about tweeting about West Bengal, which is a part of his own country. The reference was to post-election violence in the state.

Kangana Ranaut, the most talked about actor, for her utter insensitive opinions and remarks, have finally took to Instagram to vent over the Bengal violation which took place after Trinamool Congress won the election.

The actor targeted Global media agencies like BBC and The Guardian, for not covering the violence and accused the agencies of conspiracy against India.

Ranaut’s video, which gathered an instant attention as soon as it was shared, have rolled up huge comments from the netizens.

A day before, Kangana Ranaut’s account was suspended permanently from Twitter for violating Twitter’s policy on “hateful conduct and abusive behaviour.” And if you think it has stopped her from ‘talking,’ you are highly mistaken.

“I have many platforms I can use to raise my voice, including my own art in the form of cinema.”- Kangana to ANI 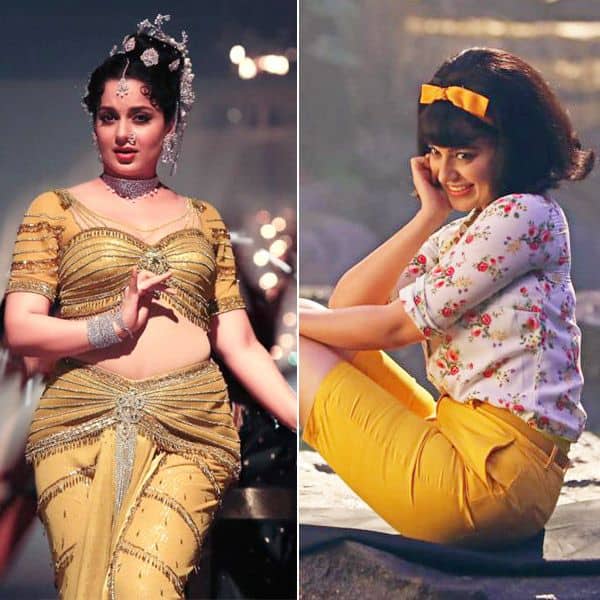 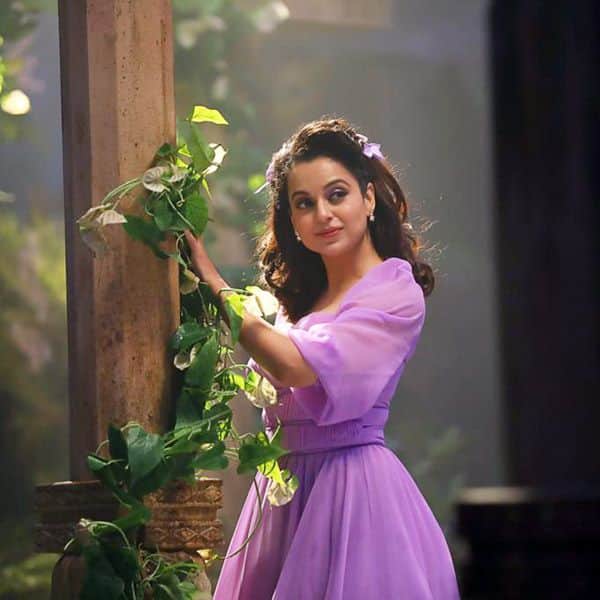 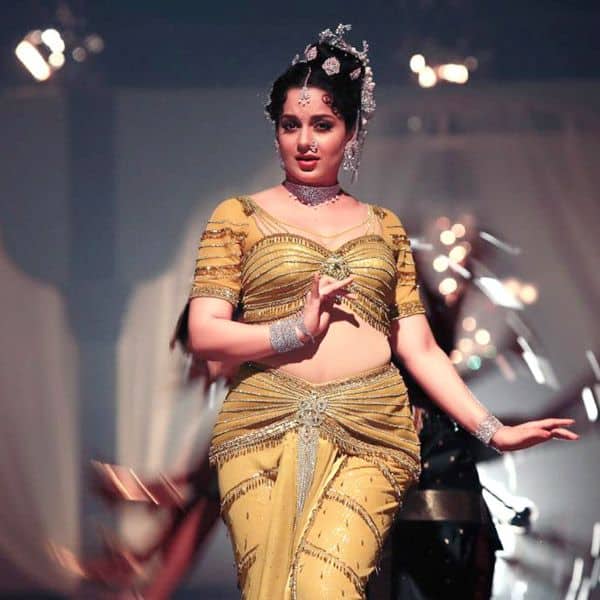 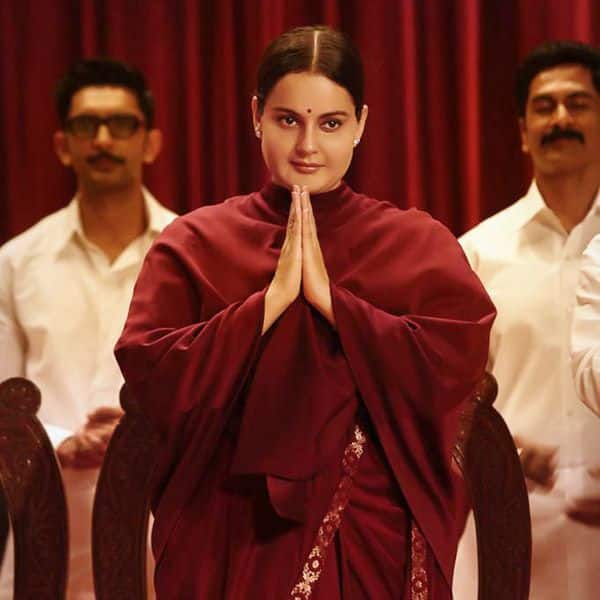 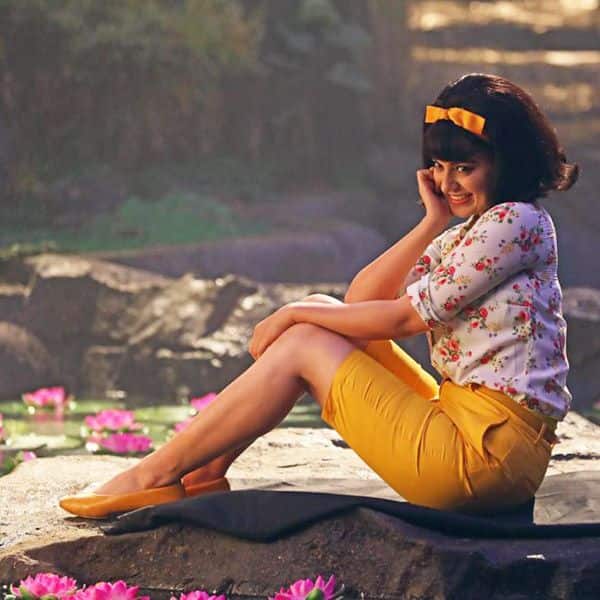 Input"bollywoodlife
Kangana Ranaut took to her Twitter handle to share a glimpse of the get-together she hosted for her Tejas team. The cast and crew of the upcoming film gathered at the actress' place for readings.

Kangana Ranaut hosts a special feast for her Tejas team: For coming months this is my family

Actor Kangana Ranaut has begun the preparation for her upcoming film Tejas which will see her playing an Indian Air Force officer. The Tanu Weds Manu star has been keeping her fans updated on the development of the project. Yesterday, she shared a photo of her character's name 'Tejas Gill' printed on the uniform and revealed that until now she was not aware of the fact that her character in the Sarvesh Mewara directorial is of a Sikh soldier. The powerhouse of talent had also revealed that she “had an instant smile” on her face post reading the script of Tejas.

On Sunday, Kangana hosted a special get-together for her Tejas team at her place. The crew of the movie gathered at the actress’ house for readings. The Queen star took to her Twitter handle to share a glimpse of the happy evening and said "now for coming months this is her family." Sharing the photos, Kangana wrote, “Very special Sunday.... my Tejas team came over for readings, loved hosting my lovely new crew, now for coming months this is my family #Tejas Happy journey guys @sarveshmewara1 @RSVPMovies.” In the photos, we can see the actress posing with her Tejas team for happy clicks. The Thalaivi star looked lovely in a stylish grey coloured dress as she posed with utmost grace.

The photos also gave a glimpse of her beautiful home decorated with ornate designs plates and artefacts.

Talking about Tejas, the movie has been helmed by debutante Sarvesh Mewara and is bankrolled by Ronnie Screwvala’s RSVP. Kangana also has Dhaakad, J Jayalalithaa’s biopic Thalaivi and Manikarnika Returns: The Legend Of Didda in her kitty.

Saturday arrived at the office of Mumbai Police Commissioner here to record a statement in connection with his 2016 complaint about fake e-mails in his name to Kangana Ranaut, an official said.

Roshan reached the commissioner's office in south Mumbai around 11.45 am, he said.

"The actor appeared before the Crime Intelligence Unit (CIU) officials," he added.

Roshan was summoned by theCIU of the Mumbai crime branch to record his statement, the official said.

The actor had filed a complaint in 2016 alleging that someone impersonating him was e-mailing actress Kangana Ranaut from a bogus e-mail id. PTI

Kangana Ranaut has been on a roll lately as the actress has some interesting movies in the pipeline. Amid this, her movie Thalaivi has been making a lot of buzz in the town. After all, it happens to be the much awaited biopic on former Tamil Nadu Chief Minister J Jayalalithaa wherein Kangana will be essaying the role of the iconic politician. The Tanu Weds Manu actress has undergone a massive prosthetic transformation for the movie and the fans are eagerly waiting to watch her charisma on the silver screen.

And looks like the wait is going to be over soon, as Kangana has made a big announcement about Thalaivi. On J Jayalalithaa’s birth anniversary today, the Queen actress shared an intriguing motion poster of the movie and announced the release of AL Vijay directorial which will hit the screens on April 23 this year. She wrote, “To Jaya Amma, on her birth anniversary. Witness the story of the legend, #Thalaivi, in cinemas on 23rd April, 2021.” To note, Thalaivi will highlight Jayalalithaa’s remarkable journey from being the face of Tamil Nadu's film industry to the leader who changed the fate of the state's politics and shaped up the lives of millions.

Take a look at Kangana Ranaut’s tweet announcing the release date of Thalaivi:

Apart from Kangana, Thalaivi will also feature Arvind Swami who will play the role of MGR along with Prakash Raj, Jisshu Sengupta in key roles. To note, Thalaivi is a multilingual film that will release in Hindi, Tamil and Telugu

Soon after Popstar Rihanna spoke up on the ongoing farmers' protest, an edited image of her holding a Pakistani flag was shared widely.

A simple reverse image search reveals that the photograph has been morphed.

In reality, Rihanna was holding a flag with the Cricket West Indies (CWI) crest. She held the flag during West Indies vs Sri Lanka cricket march in the ICC 2019 World Cup game at Chester-le-Street in Durham. Moreover, Pakistan wasn’t one of the teams playing the game.

There are several other pictures of the singer holding the flag.

It's his 35th Birth Anniversary and fans flooded social media with tributes dedicated to the late actor Sushant Singh Rajput on Thursday.

The 35-year-old actor was found dead at his Bandra residence on June 14, 2020. His fans are doing their best to ensure that the late actor’s name keeps trending on Twitter. Several Twitter users expressed how much they miss their favourite actor and how they wish he could come back.

Aur kuch ghante baad...ONE DAY FOR SSR BIRTHDAY," a fan wrote while another one wrote, "Have Already made arrangements for drawing books, crayons and chocolates... We just need to distribute them #SushantSinghRajput."

Here are some reactions:

Have Already made arrangements for drawing books, crayons and chocolates...

We just need to distribute them #SushantSinghRajput

Come Back the World Needs your Presence..!! @itsSSR #SushantSinghRajput pic.twitter.com/h6qcS6x0HZ

Sushant Singh Rajput was found dead on June 14 at his Bandra home. The actor’s father, KK Singh, had lodged a complaint with the Patna police on July 25, accusing Rhea Chakraborty, Samuel Miranda, and others. In the FIR, he had also accused Rhea of siphoning off crores from the actor’s bank account. None of these charges have been proven yet.

After KK Singh’s FIR, Rhea moved the Supreme Court and a CBI (Central Bureau of Investigation) probe was ordered. The case is also being probed by the Narcotics Control Bureau and Enforcement Directorate.

Sushant Singh Rajput began his acting journey with Ekta Kapoor’s Kis Desh Mein Hai Meraa Dil. He then played a leading role in Zee TV’s Pavitra Rishta, which made him a household name. The show starred his then-girlfriend, Ankita Lokhande, as the female lead. Sushant then made a transition from TV to Bollywood by playing a leading role in 2013 film Kai Po Che.

His last theatrical release was Nitesh Tiwari's Chhichhore, a light-hearted drama that hit the screens in September 2019. Sushant’s last film, Dil Bechara, released posthumously on July 24, 2020. The film introduced Sanjana Sanghi and was the Hindi remake of Hollywood blockbuster The Fault In Our Stars.

On Friday Kangana Ranaut took to her Twitter handle to slam Diljit Dosanjh and Priyanka Chopra Jonas as they came out in support of ongoing farmers’ protest in India. Alongside this, the actress was also spotted questioning ‘Diljit Kitthe Aa’ through her recent tweets ever since both Kangana and Diljit engaged in a heated war of words on Twitter.

Kangana’s recent tweet read, “Today after working a 12 hours shift in Hydrabad this evening I flew down to Chennai to attend a charity event, how do I look in yellow? Also #Diljit_Kitthe_aa?Everyone is looking for him here on Twitter."

While Dosanjh took to some time to respond to Kangana, without mentioning any name, he shared his entire schedule for the day on Twitter as his whereabouts were being questioned. He revealed that after waking up in the morning, he spent some time in the gym, followed by a day filled with work, and then went off to sleep.

Earlier, Kangana had tweeted, “People like @diljitdosanjh and @priyankachopra will be hailed by the left media for misleading and encouraging farmers protests, pro-Islamists and anti-India film industry and brands will flood them with offers and English/living in colonial hangover media houses will Felicitate them with awards, the problem is the whole system is designed to make anti-nationals flourish and grow and we are too less in numbers against a corrupt system, but I am sure magic will happen in every fight of GOOD versus EVIL, evil has been much stronger, JAI SHRI RAM."